After we found the house of Alisher, the cousin who could help us to find the grave of Taisija and Mamadi, we got a warm welcome. Alisher was pretty surprised to see Victoria for the first time in thirty years. (hey, bro, would have you payed your phone bills, you would have known that a few days before, huh?)

He lives with his two (!!!) wifes and three kids in this typically self-supply household. Fruits and vegtables they grow in their garden.. ..and tabac of course. I know this from my mom in law. She spends most time of the the year at her dacha and grow all the groceries she (we) need. A happy and peaceful life. (btw, this peaceful life and all her love to me was put to the test when one day I stood with a bag of tomatoes from the supermarket in the door. But we clarified that..  ..I am refraining from then ....or do not tell her and just hide it).

There was a lot to tell. Sad stories, funny stories…  …and a lot of memories from former times. Many members of that families died already and many new kids where born who meanwhile are already parents. Stories of lifes that took place in different places, in different cultures, with many disappointments and many opportunities.

And then we finish our journey to fulfill our wish and the request we have received, to put flowers on grandma Taisija’s and her husband Mamadi’s grave in Samarkand / Uzbekistan. 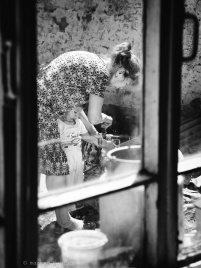 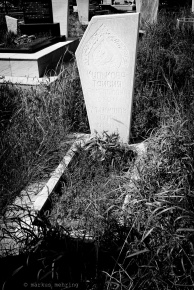 After WW2 the sister of my wife’s grandma, Taisija, married the Tajik called Mamadi and they moved to Samarkand. Over there they started a good running business by trading flowers and after a few years they became a quite wealthy and respected family. Mamadi died in 1991. Taisija in 2000.

In May Victoria and me spent a wonderful time in Uzbekistan. My mother in law asked us to bring some flowers to their graves, if we have the chance to find it somewhere in Samarkand. So our seach began.

The only thing we knew was the street were they lived and that the cementary suppose to be near that street and that Taisija is the only Russian on that uzbek cementary…  …meant a piece of cake to me. But it wasn’t. Indeed we found that place…  ..but it was huge (#01). Ooops. ..or in other words, we were looking for the needle in a haystack. – ‘Ask, and you will be helped!‘ like this saying means..  ..and we asked. Our pretty good idea was to look for eldery people who may have known them and know where the grave is.

At the mortuary (!) we found a cock fight (..I would appreciate if you click here, but please come back to this story.. ..it’s good! Of course the cock fight story is also good.. ..but this story is more touching.. ..or human..  ..uuhh, you know what I mean..), but none who knew Taisija and Mamadi. But the gentlement on image #04 told us, that there is an other old russian woman living somewhere in this district… …’where?’…  ..’somewhere uphill’..

Honestly, I must say that this helpfullness of these people was terrific and cordial…   …as we will see later in our little story. So we asked around for this russian lady..  ..and we found a family (#07) that showed us where she is living. And we were lucky. She (#08, #09) although did not know where the grave was, but knew where a cousin lives, who could help us. Okay, I have to confess, we knew about this cousin. Even had his mobile number. Even called him (but the mobile was switched of, as we learned later, because he refused to pay his bills). But I didn’t mentioned him at the beginning of this story because my little storytelling-for-dummies-guide says that good to conceal some details to keep the story more thrilling.

Not only that the family that showed us the house of the russian lady, was a really big help to us .. … they even offered us (without being ask) to give us a lift to that place. Wow. Like I said, I love the people over there and I decided if ever an Uzbek will ask my in Germany about his cousins place.. ..sure…   ..I will give him a lift. Promised!

So, we finaly got to that place where we will get help…  …and we knocked the door… 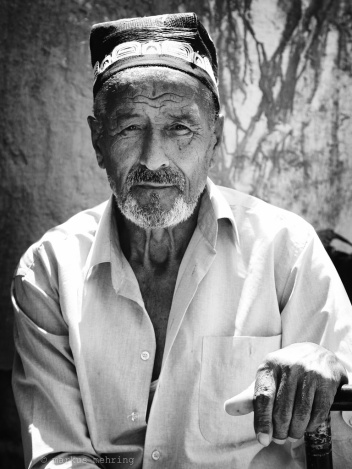 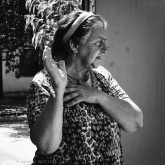 Novodevichy Cemetery is the most famous cemetery in Moscow. It lies next to the southern wall of the 16th-century Novodevichy Convent, which is the city’s third most popular tourist site. The remains of many famous Russians buried in other abbeys, such as Mikhail Bulgakov, Boris Jelzin, Vladimir Mayakovski, Nicolai Gogol or Anton Chechov. 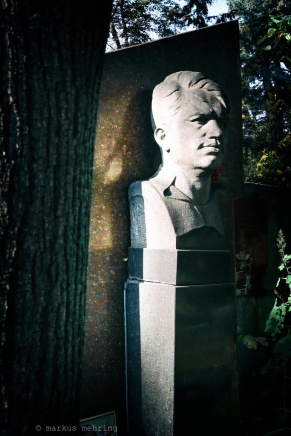 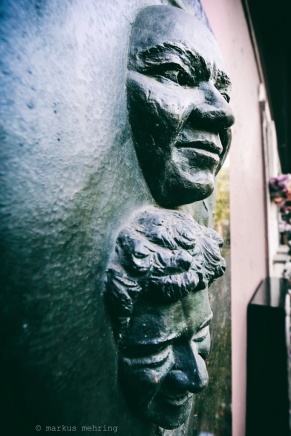 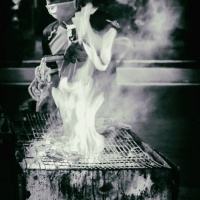 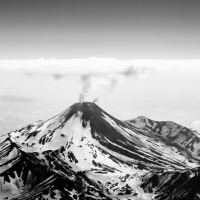